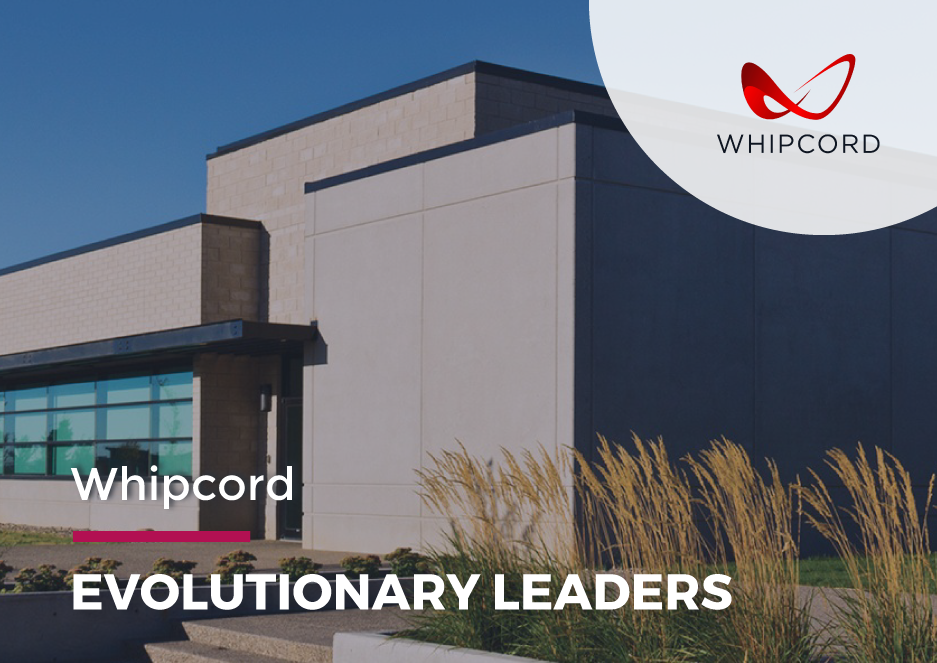 The best thing about our work is the people we meet. We work with a huge variety of clients, which means we get to hear a lot of stories. It could be a home renovator, a Human Resources professional, or in this case, the President and CEO of a cloud computing company with a Masters in Geography who’s worked with several international space programs and is now ready to change agriculture in a huge way.

Ryan Johnson is the President and CEO of Whipcord, a data storage, cloud and colocation services company which is making serious inroads into the world of agriculture and smart tractors. Ryan has had a fascinating career, and we were lucky enough to take up 15 minutes of his time this month to learn more about his story.

Ryan Johnson: Whipcord is really two companies in one. We have a data centre that we use to support companies, with all the things you’d expect in a data centre along with cloud solutions and networks. We’ve had some awesome clients, including space agencies from around the world, like the German and French space agencies.

On the other side, we are an agriculture company. We’re focused on applications and software that work with smart tractors, and we are already seeing a significant increase in farmers’ profit margins.

My first project, ever, was trying to correlate satellite imagery to potato yields, right down to walking around the farmers field in a pair of gumboots, so in many ways I’ve come full circle. I like to say I’ve always been in the agriculture business since day one.

Can you tell us more about the agriculture component?

Ryan Johnson:  We’re in a neat position after acquiring an IP called First Pass. It truly is a white-space opportunity. When I first looked at the product I just naturally assumed someone else would be doing it, because it seemed like such a simple problem to solve, albeit a problem that might require a complicated methodology.  We took a very deep look at the First Pass product, the emergence of smart tractors, and it’s very clear that there’s no one doing what we are doing. We discovered that First Pass could provide incredible value to farmers. There’s a truly meaningful value proposition for our users.

What’s the biggest misconception about Whipcord?

Ryan Johnson: The biggest misconception is that people don’t think we have any kind of ag background- which isn’t true at all. People see us from the cloud and data side of things and want to talk to us about technology, instead of the actual business that we are now supporting. As I said earlier, we have always been in the agriculture business in one way or another, however with First Pass, we are committing ourselves to the digital transformation of agriculture.

What is the best lesson you’ve learned over the course of your career?

Ryan Johnson: Knowing why your customer buys your product!

When we started we were really focused on mapping services and we were quite lucky coming up during the boom times of the energy sector, managing satellite imagery for oil and gas companies. When energy prices dropped we learned quite quickly the difference between being a “need to have product” and a “nice to have product” so we doubled down on what was actually creating value for our customers.

We learned deeply about why a customer was buying our product, and that’s something that we still talk about today, how important it is to focus on those opportunities where you have deep knowledge. We used to build with a “if you build it they will come” attitude and we found out the hard way that that isn’t the case.

We don’t see ourselves as the smartest guys in the room, but we know to ask the customer what they really need in order to start building a really deep relationship. Many relationships that we built 2 decades ago, we have maintained today.

You said that you have developed relationships all over the world. What did you learn from taking your business to international markets?

Ryan Johnson:  First things first: Focus on growth markets. We spent years, many, many years selling into Russia. Everything we were selling lined up with the geography and so forth but the regulatory environment grew very complicated for us. It was a very hard emotional thing to say no to future business in Russia, and instead shift our attention and focus on Brazil as it was easier to do business there. We had spent so much time, and so many resources developing Russia that it was heartbreaking, but in the meantime we had our best people tied up on trying to solve unsolvable problems in the Russian market and it sucked energy away from the company.

However we are now talking to distributors in Australia and Brazil. We’ve traditionally had very strong relationships in Brazil, which is really important because none of us speak Portugese! We’ve got trials happening with our product already down there which is great, we will also be looking into Europe in the fall and the CIS (Commonwealth of Independant States).

What are you most scared of?

Ryan Johnson:  It’s really around building a team, so as things change we’ve got smart people that can adjust where we are headed. Most of the key people in the company we’ve worked with for a long time, in fact we joke that we spend more time with our co-workers than with anyone else. I consider my colleagues my friends, and I’m lucky that my friends are all smarter than me.

Ryan and the Whipcord team are headed into some fascinating territory in the next few months. Agriculture has rapidly evolved in the past decade into a high tech industry, and it’s only continuing to move forward towards the horizon. To stay up to date on the Whipcord team, you can follow them online at Whipcord.com and First Pass.

Watch the full interview below: