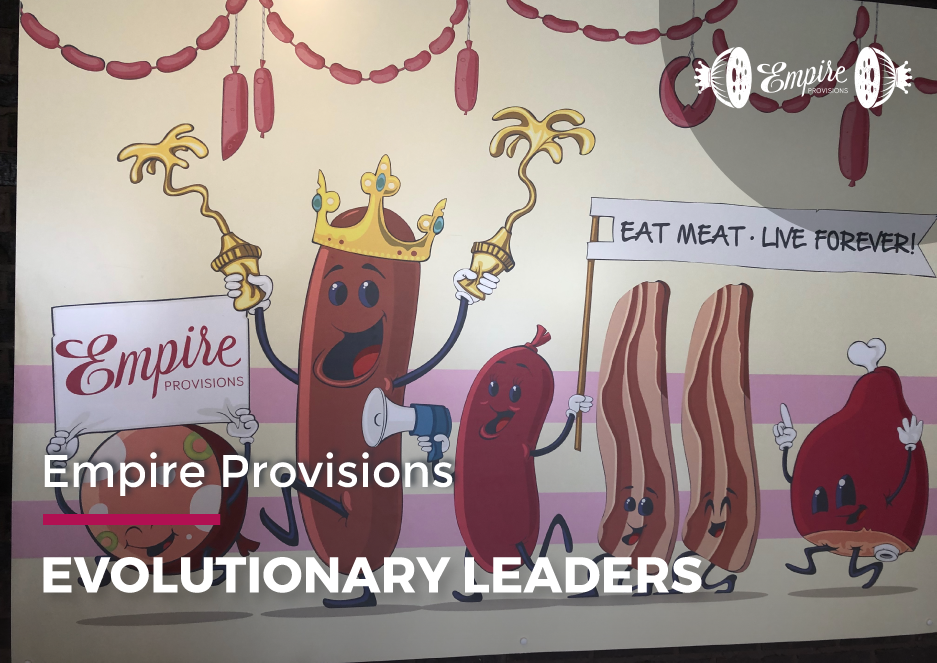 The Roman Empire wasn’t built in a day, and neither was Calgary’s Empire Provisions, but for co-founders Karen Kho and David Sturies, they are rapidly building a legion of voracious fans on their hand-crafted deli specialties, with a dedication to simple, comforting food.

Starting with a catering business just a few short years ago, and moving into a brick and mortar deli and restaurant on Elbow Drive, The Empire Provisions team turns out delicious sausages and other cured meat delicacies, along with a modern twist on deli fare, classic sandwiches and breakfast selections. Combined with a busy catering business, the Empire team has now fired up a new venture inside of Calgary’s Annex Brewing called ‘Lil Empire Burger, serving up traditional-style burgers, hot dogs and fries in one of the city’s busiest craft breweries.

“What you envision and what your customers want are 2 different things 99% of the time” – Karen Kho, Empire Provisions & ‘Lil Empire Burger

So how did a team consisting of a sommelier and a scientist go from a plan on a pad and paper into a catering business, a sit down deli, and a hamburger stand, not to mention plans for further “empire” building? Check out our interview with our own Greg Callsen, and Empire co-founder Karen Kho to learn more about this fast-growing (and tasty) Calgary success story:

If you and your team are looking for catering for your next get together or a spot for lunch, check them out at EmpireProvisions.Com, or if burgers and fries are more your style, hit up ‘Lil Empire Burger.