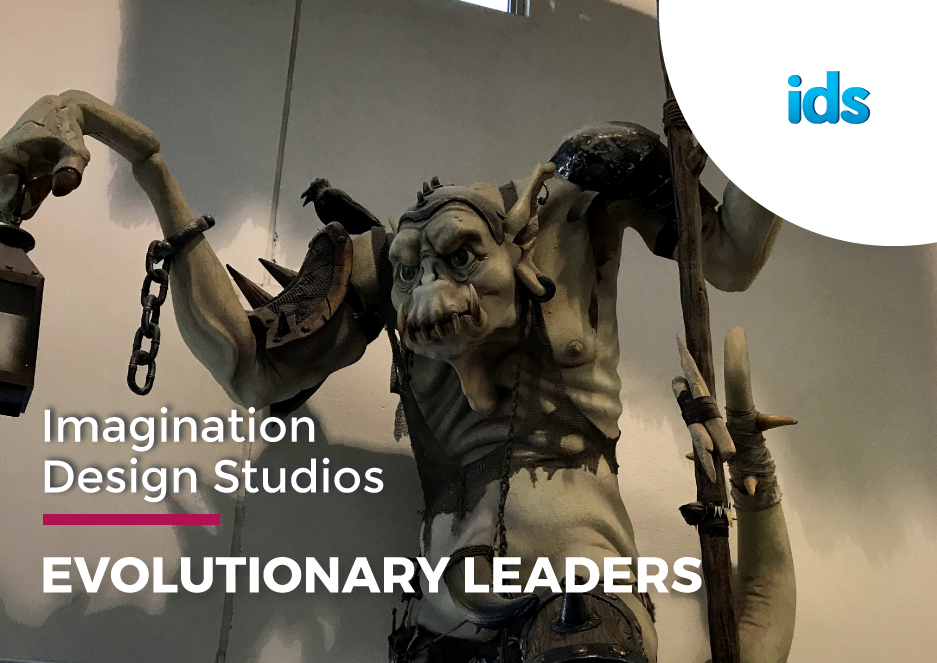 When you think of the dentist’s office from when you were a child, what do you think of? Stacks of old magazines, kids books, a mundane interior, those strange wire-and-bead toys, and above all else, an impending feeling of doom that you might have a cavity, or worse, you were there to get a filling.

Imagination Design Studios is making those memories a thing of the past, by harnessing the power of creativity, the value of improving lives, and a long skillset in amusement parks, and injecting them into medical and dental offices all over the world.

The story behind IDS is a fascinating one. Their team originally built amusement park characters and attractions for facilities all over North America, but after seeing the economic downturn of the mid-to-late 2000’s, they started seeing the business slow drastically and began hunting for a new sector where their talents would not only be appreciated, but one that was also recession proof.

Enter the world of pediatric dental and medical offices. Medical professionals quickly realized that themed decor not only helps to calm anxiety about nervous patients, but it makes them want to come back again. And by marketing their custom-made features as an investment, not an expense, their customer base rapidly expanded around the world.

Setting foot inside of the Imagination Design Studios offices in Calgary feels like a cartoon come to life, with incredible characters popping out of walls, sitting at desks, hanging from the ceiling, and covering every surface of the building. Walking into their workshop, you’ll find a dedicated team hard at work bringing new creations to life. And when we say “new creations” we mean that every single character is conceptualized and created by their team, they aren’t doing recreations of Disney Princesses, Marvel heroes or Pixar icons. The team of artists, designers, builders and creators are birthing these creations out of their own minds.

Take a look at our behind-the-scenes tour of IDS for yourself!

If Imagination Design Studios sounds and looks incredible, you are 100% correct. And yes, it also looks like an amazing place to work. Have a listen to our latest Evolutionary Leaders Series interview between our President Lisa Genovese, and the Founder of Imagination Design Studios, Dave Nolan, for a ton of great insight into their work, business model, value to customers, and workplace culture.

One of our favorite things about our work at BottomLine is when we get to meet good people, doing great things, for all the right reasons. Dave and his team at Imagination Design Studios are not only a great group of people, but we left their facility feeling inspired and invigorated.

Do you know of a business who’s inspiring you to take it to the next level? Someone who is not only running a great organization, but is doing great things with it? We’d love to have them on our next Evolutionary Business Leaders series. Drop us a line today to nominate someone you think is challenging the status quo.